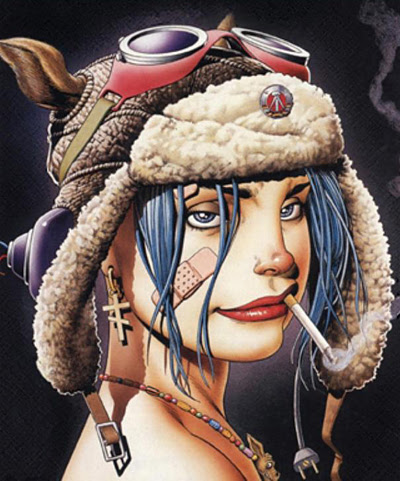 I’ve had a lot of interesting reactions to this post about the Welfare Reform Bill, in comments and via email. And the message of most of those reactions was: Pennyred, you said something nice about Labour! What the hell is that about?

Am I angry with this government? Yes, I’m angry, I’m very angry, I’m fucking angry. New!Labour let us down. New Labour invaded Iraq and trampled on our civil liberties. Anger, tempered with a real energy for change, is the only sensible reaction. It’s okay. It’s okay to hate New Labour - as long as we always, always remember that the Tories are our only real alternative, and the Tories are so much worse. And this is why we need to stand up for socio-economic equality and human rights, and to look around for those politicians who are standing up for them, too. Actually, there are some. And they sure as hell aren’t wearing blue ribbons.

Take, for example, David Lammy, MP for Tottenham, who I’ve mentioned on this blog before. He’s one of the first truly interesting politicians I’ve met, and in the space of half an hour the man made me want to smack him in the face and managed to raise all the little hairs on the back of my neck with a sudden lust for social change. Gleeful and slightly manic in the way that only a real politics junkie can be, Lammy is an expansive orator with a soundbite for every occasion (‘a strong economy is not enough – we need a good society!’ is one that I’ve now counted in five different speeches). He’s the young gun from outside the nepotistic cesspool of Westminster who finds himself ‘wheeled in’, in his own words, ‘to talk to angry young black men or angry young white men’ or, indeed, to any audience requiring a politician young people can relate to. He’s frighteningly clever, annoyingly inspiring, and the patronising git knows it, too. I hate him, I hate his terrible smug face, I hated him from the moment he opened his mouth, and I would vote for him in any election you care to mention, because he’s an uniquely talented politican who cares about the poor and the disenfranchised and the young and the desperate almost as much as he cares about stroking his own ego, and that’s a hell of a lot.

The Fabian Society. What an odd place for me to be doing a work placement. The Fabians are stuffy and weird and broiling with reformist energy, and if you took away their kettle and their chocolate biscuits the whole hundred-year-old organisation would implode in twenty-four hours. I have a massive amount of respect for them, because they are for things as well as against things, even if most of what they are for is getting important people into a room together to talk about welfare reform, child poverty and human rights, feeding them enough coffee to keep them sharp and then listening very, very carefully to what is said. I’m here to learn, because I believe in quiet socialist revolution, in radical systemic change. I’m here to learn, because I’m happy to stomp around and shout with my big fuckoff socialist-feminist boots on until I’m hoarse and aching, but I won’t stomp through blood in the streets. No thanks. What the hell can we do but try to change people’s minds?

Civil liberties, yes, yes, yes. A succession of New!Labour governments have made a string of vile and incomprehensible reforms to civil liberties which will take decades to repair, and which will probably lose them the next election. Idiocy; breathtaking idiocy. But we’re kidding ourselves if we think that the Tories care one jot more about civil liberties than Labour. In fact, most of the reforms the Blair and Brown regimes have tried to force through have been won on the back of Conservative support in parliament because Labour back-benchers have revolted, time and time again, against their own government whom they saw betraying the ideals of liberty and equality to which a lot of these politicians have dedicated their lives. Whoever ends up in the driving seat in 2010, this country cannot do without a solid Labour presence in parliament, and the left needs to recognise that before it’s too late, before we’re landed with more LOL! leaders like the Johnson - hairdo on a pink and straining pillar of wilfully ignorant privilege.

That doesn’t mean, of course, that we should stop holding Labour to account for its massive failures over the past decade. We must not forget how the mad optimism of 1997 was let down, even though it was always going to be. But we also need to remember what a luxury it is to be able to argue the details with a government which is, at least, nominally progressive; a government that sometimes talks about poverty, about human rights, about discrimination, equality and social mobility. A government that allowed civil partnerships. A government leading the parliament of Mo Mowlam, Tony Benn, Gwyneth Dunwoody, Harriet Harman, Dawn Primarolo and Diane Abbott. A government that encouraged, and continues to encourage, a female and ethnic minority presence in politics. A government that has no choice but to entertain industrial disputes because it still relies on Trade Unions to fund its big dinners. Let me go three rounds with that government, as long as you keep the lumbering Tory beast of bigotry and corporate greed out of the ring. Please, keep it out of the ring, because after ten years of arguing amongst themselves I’m afraid that dissenters on the left may have forgotten what the odds can really be like. I’m afraid we might not be fit enough for the fight that’s coming.

I’m a little bit tired of listening to liberal, educated, privileged young men and women mutter some feeble sop towards the fucking Iraq war as an excuse for voting Tory, or not voting at all. If that’s you, Londoner or not, then Boris Johnson is your fault. The loss of the Labour heartlands to a clutch of ex-Etonians is your fault. The renaissance of a party that kicked the British working class in the soul in the 1980s, a party that’s already planning to roll back the welfare state and destroy abortion rights when it returns to power, that is your fault. It’s our fault. And we need to raise our game, right now.

We need to step the hell up and decide what we are for, as well as what we’re against. The British left are clever enough and resourceful enough to do that whilst still holding a nominally liberal government to account for its mistakes. Let’s get to it.
Posted by Penny Red at 18.8.08