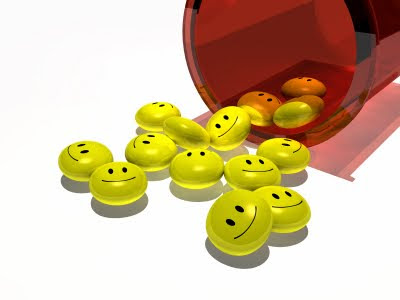 With thanks to Dr Petra Boynton

Attention shoppers, and, ladies, that means you - now that marriage, mortgage and maternity are the new must-have items in today's post-credit-crunch-pre-Torygeddon social control bonanza, there's a new lifestyle drug on the market.

It won't help you dance all night, shunt you through a red-eyed work deadline or - heaven forbid - encourage you to go to bed with random strangers. It won't even make you lose weight. It's called Flibanserin, and it's here to help you please your man.

As any fool knows, in this all-the-sex all-the-time society the only functional couples are the ones who are going at it like crack-addled bunnies night after hard-shagging night, whatever their age or personal preference.

Your duty as a woman is to provide your male partner with the sexual release he needs. Don't fancy sex with hubby tonight? Let's not be silly enough to question mandatory heteronormative monogamy or a culture that frames heterosexual intercourse as the ultimate panacea - the problem, little lady, is with you. You have a disease called hypoactive sexual desire disorder (HSDD), and Flibanserin can fix you.

According to Boehringer-Ingelheim, which just happens to make and sell Flibanserin, HSDD is "a form of female sexual dysfunction (FSD)" affecting around 10 per cent of women. It is "a medical condition characterised by a decrease in sexual desire ... the condition can negatively impact a woman's life and her relationship with her partner."

After only six weeks of continuous pill-popping most of you should experience, along with pronounced sedation and other side effects that made 14 per cent of test subjects quit the drug before the end of the trials, a slight increase in sexual desire, amounting to an average of 0.8 more "sexually satisfying events" per month.

In fact, according to relationship counselling service Relate, the main cause of low sex drive in women is not a personal chemical malfunction, but difficulties in the relationship.

But why address problems with your partner or discuss the changing nature of a relationship when you can swallow a sedative and smile all night?

Academic psychologist Dr Petra Boynton accurately predicted that following Boehringer-Ingelheim's aggressive marketing drive, we could " expect plenty of headlines ... reinforcing the idea that women's sex problems are 'all in her head,' with a mix of science and the promise women who're not sexy enough can be fixed.

"What you won't see is questioning about the drug, safety and long-term effects. Nor will you see any critical reflection on the construction of female sexual dysfunction as a medical condition."

Boynton, along with many other academics, believes that the recent categorisation of HSDD as a disorder has been a result of agitation by drug companies eager to monetise female sexual anxiety.

A researcher for the British Medical Journal in 2003 concurred that "corporate sponsored creation of a disease is not a new phenomenon, but the making of female sexual dysfunction is the freshest, clearest example we have."

Nor is the medicalisation of female sexuality anything new - in the Victorian era, women who showed signs of enjoying sex were deemed "nymphomaniacs" and treated with incarceration, lobotomy, cliterodectomy and other brutal genital mutilations.

Centuries of routine shaming of women's sexuality have made hypercapitalist economies of female sexuality easy to create and exploit.

Leonore Tiefer noted in the peer-reviewed PLoS Medicine journal in 2006 that "a long history of social and political control of sexual expression created reservoirs of shame and ignorance, [and] popular culture has greatly inflated public expectations about sexual function and the importance of sex to personal and relationship satisfaction ... this sets the stage for disease mongering, a process that encourages the conversion of socially-created anxiety into medical diagnoses suitable for pharmacological treatment."

Conservative shadow minister Chris Grayling would approve. The idea that a sedative drug can be prescribed to calm perennial problems within the heteronormative, monogamous marriage model must be terribly attractive to a man currently employed to create the largest, flimsiest soapbox to shout about "traditional" family values.

Speaking to the Sunday Times this week, Grayling lamented that under Labour, marriage had become a "non-official institution" and pledged that a future Tory government would make it a priority to raise the status of married life.

For all their proselytising on the virtues of small government, it is the Tories, and not Labour, who are already making plans to pry into people's most intimate relationships as an explicit strategy of social control - sorry, "fixing Broken Britain."

The writing's on the wall for women's sexual and economic agency, unless the fightback begins today.

Mandatory monogamous marriage and maternity are back on the agenda, and if we'd got a little too used to valuing own wants and desires above the edicts of a hypersexed but bizarrely puritanical consumer culture, drug companies like Boehringer-Ingelheim will be only too happy to sell us a pill to numb our protestations.

The message couldn't be clearer - we're going to get fucked anyway. We may as well lie back and learn to enjoy it.