What about women's rights, Mrs Dorries? 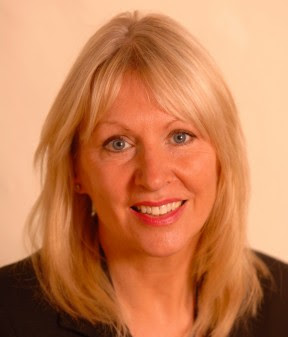 In the pages of the Daily Mail today, anti-choice poster-girl Mrs Nadine Dorries MP has been given a platform to put across her hateful, misogynist, reactionary views. She and a claimed 'coalition of 200' MPs are calling for a reduction in the time limit on legal abortion from 24 to 20 weeks, despite a lack of evidence that fetuses can survive outside the womb before that point and despite the fact that most women are against further reductions in the time limit.

First of all, we must recognise this duplicitous campaign for what it is: no more or less than a brazen attack upon women's rights. The fact that it's being spearheaded by a (privileged, rich, white, Tory) woman makes absolutely no difference: an attack on the time limit is an attack on the self-determination of all British women, everywhere. We live in an age without foolproof contraception, so this isn’t a case of ‘stupid women forgetting to take their pills’ – condoms break, hormones fail, and absolutely anyone can find themselves pregnant against their will.

Until the time when free and foolproof contraception is universally available, abortions up to at least 24 weeks will be a necessary medical service. To argue differently is to argue that women have no right to self-determine and that the choice of what to do with their own lives and bodies is better made for them by (normally male) doctors and Tory MPs. This latest attempt to whittle away our rights to choice has been tacked on to the Human Fertilisation and Embryology Bill, a bill which is otherwise fundamentally sound. The Bill tables for the second time on the 12th. Pro-choice MPS have, until now, been too timid to add their own amendments to the bill, and we remain on the back foot, fighting to save our basic rights to self-determination.

The anti-choice MPs' squeal of protest flies in the face of recommendations by the all-party Commons science and technology committee, which was specifically called last year to consider all the evidence, and concluded there was none to support a reduction in the upper time limit. But Mrs Dorries, who sits on the committee, and another member refused to back the report, as a result of which women in the UK are facing another serious threat to their reproductive rights.

This is an attack on women, pure and simple: if it wasn't, Tory debate wouldn't be focused so much on the spectre of the 'unborn child', it would be focused on the rights of children who have already been born, millions of whom live in abject poverty minutes from Mrs Dorries' own front door. Not to besmirch Mrs Dorries's credentials as a bleeding-heart tory, but more children die on the roads every year than are the 'victims' of late-term abortions.

Mrs Dorries' attack is an unsubtly pitched mash-up of truth manipulations and outright lies. Yes, some infants can feel pain after 18 weeks in the womb - but the press coverage neatly neglects to mention that it's standard practice to use anaesthetic when carrying out late-term abortions. The notion that 2/3 of the British public are calling for a reduction in the time limit is flatly refuted by research carried out by Abortion Rights UK.

Dr Evan Harris MP and numerous other spokespeople are adamant that reducing the time limit would hit out against the most vulnerable of women - the young, the poor and the mentally ill - but that's not going to stop Mrs Dorries, who has never been poor and believes that young, poor, unstable and/or immigrant women are moral sinkholes who need to be saved from themselves. The words used in one report were 'protecting the unborn child from the whims of the mother'.

And don't even get me started on the tie-in lobby '20 reasons for 20 weeks.' Amongst the most ludicrous are: 'Few UK graduates willing to perform abortions beyond 16 weeks and most who do so are from overseas' - Right. So now it's all the fault of those pesky foreign doctors who should keep their filthy foreign hands off our British babies. A nice piece of incidental racism from the Hate, completely ignoring the fact that without medical graduates from overseas the entire NHS would instantly collapse. An unsupported opinion which smacks of 'well, my aunt's neighbor's daughter had a late term abortion and, you know, it was one of those foreign doctors that did it.' Crass, mindless bigotry. What’s next?

'Mental illness link to late-term abortions' - absolutely. And this is because it's difficult not to notice or to accept that you're pregnant until 21 weeks unless you have serious mental problems in the first place, problems which won't go away after an abortion, but which you can bet your life would get a damn sight worse after carrying an unwanted pregnancy to term. In Tory Utopia there will be only a bare minimum of support for you and your unwanted child, you'll have to deal with the vaguaries of 'care in the community' if you get any help at all, you and your child will start off poor and damaged and you will remain poor and damaged and you will probably die poor and damaged. And these are the pregnancies that Mrs Dorries is so keen to ensure are carried to term.

Mrs Dorries and her followers claim that '2,500 lives' will be saved every year if the time limit is cut - neglecting to see the obvious parallel that for every 'life saved' when an unwanted pregnancy is carried to term, another life - that of the mother - is ruined. But Mrs Dorries doesn't care, because Mrs Dorries doesn't like other women, particularly poor women, immigrant women, young women and women who have suffered psychic traumas, who make up the majority of requests for late-term abortions. Mrs Dorries does not like other women, and believes that they are sluts who can't be bothered to take pills and should be punished by forcing them through traumatic unwanted pregnancies. Fortunately, I've got a brilliant idea to solve this problem.

The next, ooh, let's say four babies put up for adoption by mothers who missed the termination time limit should be shipped out to Mid Bedfordshire and deposited on Mrs Dorries' doorstep. She's got a great big heart, so she'll be just thrilled to look after them. Of course, she wants to be in line with the experiences of her constituents, so she'll have to give up her high-profile parliamentary job in order to burp, feed and wipe the bottoms of her new brood morning, noon and night. And she'll be only too happy to take on an equivalent cut in wages and go on state benefits. No more prime minister's question time for you, Mrs Dorries - you'll be down at mothercare with the rest of us worrying about whether you can afford a new pair of booties for Child 4, and you'll goddamn like it.

Feminist Fightback, the newly-established Coalition For Choice and Red Pepper Magazine urge committee MPs to help us throw out this reactionary, misognynist amendment, by voting it out of the Human Fertilisation and Embryology Bill. We’re counting on you.
Posted by Penny Red at 6.5.08