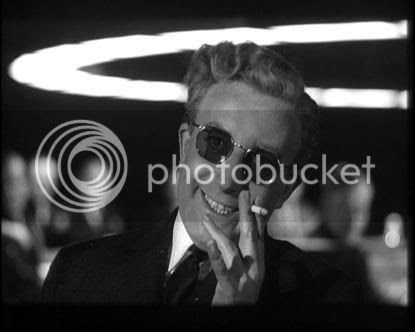 This week, on Hiroshima day, I went to Somerset House to sit in on a debate, and during the evening I found myself sitting within three feet of a former defense secretary refusing to offer any sort of apology for his involvement in British nuclear proliferation in the 1970s.

After the talk, I walked out onto Waterloo bridge in the sticky evening mist. With my new eyes I can see all the way to Wharf Tower in the east and down to the crennelations of Parliament Square. I smoked a cigarette, and another, tossing the butts into the rolling, muddy river
underneath, like sins. Like prayers.

Unlike in poems, the river doesn't really wash away sins. It washes them together, all the swelling, teeming crimes of this city carried away until they're someone else's fault, a fairy story.

That's what nuclear weapons are, three generations on from the war crimes in Hiroshima and Nagasaki. A fairy story. Think about it. 25,000 nuclear warheads exist on the planet right now, most of them 8 times the power of the bomb that dropped on Hiroshima in 1945. Someone can decide that pride is more important than sense, someone could make a bad decision, someone could make a mistake, and that would be it. All human life, at the touch of a button or the clatter of a key-code. The enormity of this has become one of the salient facts of contemporary culture, a reality so huge and fucked-up that it doesn't even register anymore, and nor does the sheer criminality of the fact that eight or nine countries possess nuclear weapons. (Yes, not everyone has nuclear weapons. Eight or nine countries still do, and many, like South Africa, Ukraine and Kazakhstan, have dispensed with the technology.)

Media silence on the matter may give the impression that nuclear politics are a hangover from the 1980s. Nothing could be further from the truth. The UK's current project to replace the Trident missile system is going to cost upwards of £30 billion. Enough to provide free public transport for generations, enough to train and employ hundreds of thousands of doctors, nurses and teachers. The decision to carry out this pre-emptive replacement was taken unilaterally, with very little media fuss, around the same time that states began discussing 'pre-emptive strike action' as a possibile tactic in their war on terror (please don't ever dignify that phrase with capitals around me, ever.)

There needs to be greater media acknowledgement of the inherent criminality of nuclear proliferation and of the feasibility of global disarmament within our lifetimes. Kate Hudson, Chair of CND, who spoke at Somerset House, spoke of a 'drumbeat' of anti-nuclear sentiment being heard around the world. John Pilger also acknowledged that British steps towards disarmament 'would also be heard around the world.'

What we can do, very practically, is make a conscious effort to sound back the drumbeat - as thinkers, as writers, and as voters. If no newspaper will put nuclear proliferation developments before Madeleine McCann in their line-up, let's talk about it online. Let's talk about it in the citizen media. Because one thing's for sure - in the latter part of this decade as much as ever, nuclear politics is something that this generation needs to take very, very seriously indeed.


A full write-up of the debate will be live at Red Pepper soon. Meanwhile, a far superior analysis than any I could hope to bash out is up at Comment is Free now, by John Pilger. Who, incidentally and exclusively for Pennyred readers, I did manage to snatch a little one-on-one time with. A transcript of the conversation follows: