I'm an anarcho-socialist: get me out of here 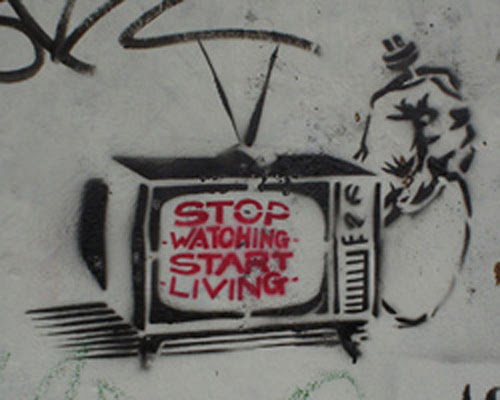 Last night, an extraordinary thing happened. I watched open-mouthed as the United States of America elected its first non-white president. The country erupted with longing for democratic change, the world partied, and a million teenage fangirls squealed at the sexual tension between Rob Lowe and Brandley Whitford.
Oh, stoppit. Yes, I'm talking about The West Wing. Last night, I finally finished the series, and I find myself bereft like a late-night sugar junkie, suddenly coming to with sticky crumbs of the last of the biscuits smeared on my chin and down my pyjamas, subsumed by a creeping sense of shame; you know it's not real food, you feel a bit sick, but you still want some more.

Throughout this turpitudinous year, my housemates and I have purged our sorrows and self-doubt with liberal applications of all seven series of The West Wing, shock tea, narcotics and a metric buggerload of digestives. And now it's all over, three weeks after we stayed up to spoiler ourselves by watching the climax of season seven played out in real life on November the 4th, the biggest, best reality TV show politics ever paid for. That series is over, now, too, but never mind - we still have reams of fanvids, mashups and screaming teen slashfiction (Joebama, guys!) to see us through to Epilogue: Inauguration Day in January.

Is it me, or have we all been watching a bit too much TV?

In a speech written for the Fabians (well worth reading in full), David 'I was mates with Obama in college' Lammy certainly seems to think so -

What happens in the United States affects us all and there is a great deal that we can learn from it. But we need to make sure we don’t let politics become a mere spectator sport. We can’t adopt US politics as a new political soap opera to replace The West Wing. I know that the election campaign seemed to have hired the same scriptwriters, so that the plot of the final season happening for real. But this will remain fantasy politics for us if we engage – from the outside – in American politics as an alternative to taking responsibility for bringing about change for ourselves here.

When not writing this blog and searching vainly for paid work, I've spent this year doing endless internships for national newspapers, magazines and political thinktanks, and, as of last week, in parliament itself, hoiking my unemployed, overeducated little arse out of bed to be every editor and politico's least favourite helpmonkey. And all this time I've spent scuttling around various corridors of power I've been secretly looking for someone, anyone, who wants real change, someone even trying to angle the system to publish innovative articles, to get real groundbreaking work done, to interest themselves in something more socially affective than the latest dead celebrity. But to no avail. Because, and let's not pull any punches here, they've all spent the past eight years watching the sodding West Wing.

Seriously. The Fabian Society? West Wing fans. The Indie? The Graun? Parliamentary researchers? West Wing fans. When I say kill your damn tv I'm not talking to some fantasy socio-political underclass, I'm talking to everyone from the cabinet down: your next fix of social justice isn't bloody coming from Fox Networks.

We've got to accept that the fact that another country, a bigger, more powerful, more culturally significant country than this tiny clutch of islands just elected what looks like a genuinely liberal adminitration does not mean that we can now all clock off and head to the pub (and come to think of it, 36 of them are closing per week). It still smells unnervingly like we might elect a Tory government in 2010, and for no better reason than it might make us feel a bit less responsible for the state of our own lives for a while. If we truly want change, it won't come from the telly, it won't come from the tories, and it won't come from another administration in the New Labour idiom, either - so we'd better decide what flavour of change we want right bloody now.

Bring up the theme tune; let the credits roll. Time to get up off the sofa. Time to shiver at the static humming from the darkening screen, stretch, put the kettle on, and start planning a better world. Because it won't happen any other way. This revolution will be brought to you live.

But the backdrops peel and the sets give way and the cast get eaten by the play
There's a murderer at the matinee, there are dead men in the aisles
And the patrons and the actors too are uncertain if the play is through
And with sidelong looks await their cue
But the frozen mask just smiles
- Alan Moore, V For Vendetta, 1988

*The biscuit-stealing bastard is the size of a small dog, and my Ghanaian housemate assures me he ain't from round here. After a month of fruitless saucepan-flapping and definitely no resident camp artists squealing and standing on chairs, we eventually found it passed out halfway down a bag of caster sugar and threw it in the garden, where it rolled under a bush. I blame Boris.
Posted by Penny Red at 29.11.08

Email ThisBlogThis!Share to TwitterShare to FacebookShare to Pinterest
Labels: cartoon politics and the end of history, kill your tv