Humourless feminazi *2: why it's not about you. 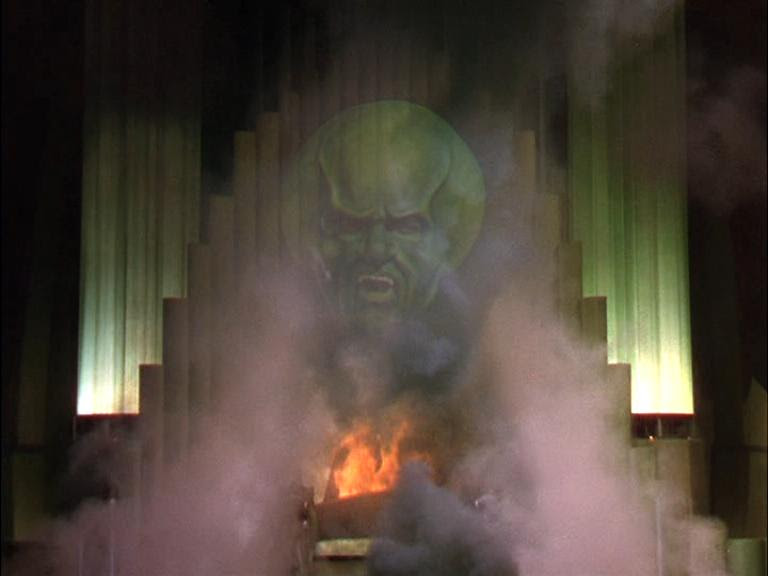 Yesterday I was interviewed by Natasha Walter for her upcoming book 'Living Dolls'. I absolutely adore talking to feminists who are a bit older than me, and as we bounced ideas off each other I found myself being asked, time and time again, why I was sounding so cynical, so resigned. And that got me thinking.

In the women's movement today, it is easy to feel that problems are insurmountable; that the tyranny of beauty culture and the ubiquitous rhetoric of misogynist pornography can be challenged but never defeated; that female poverty, unequal pay, violence against women and uncertain access to reproductive healthcare will always be salient facts of our societies. This feeling of perpetual frustration is, I believe, more typical of my generation of feminists, who no longer have the luxury of believing that we're dealing with a clear cut war which can be decisively won.

For the women of our mothers' generation, patriarchy was the screaming head, projected to awesome proportions, the Wizard of Oz in all his terrible fury. Feminists could and did approach the throne confident that they would be able to simply pull back the curtain and drag out the real, shambling perpetrators: a gang of embarrassed men who had been pulling the controls all along and who would then agree to come home with us to a gender-utopian Kansas where we all belonged. But feminists today face a new problem: the horror of pulling back the curtain and finding noone there at all. The shock realisation that perhaps there never was a man behind the curtain. The terror of the absence of any tangible, flesh-and-blood enemy, whilst all the while the wizard's head continues to scream us into submission, a hundred feet high and running, seemingly, on automatic.

Last week, I wrote about date rape, and I felt that an opportunity for constructive discussion was wasted in wrangling over whether or not the particular incident was 'his fault' or 'my fault', when the entire point I was trying to make was that the whole situation was and is much more complicated than 'fault'. Over the past month, I have written about the equality bill, about sex work, about burlesque, and each time the debate has descended into a shouting match over whether or not I believe all men are misognynists, whether or not I'm 'prejudiced against white males'. For god's sake. Guys, it's not about you. Girls, it's not about them.

That's not to say that I think no man is ever culpable in individual acts of misognyny and gender hatred. What I'm saying is that I do not believe all men, or even most men, to be the footsoldiers of patriarchy. On the contrary: women are sometimes just as likely to perpetuate the misogynist lies that keep other women down. Look at Thatcher. Look at Anna Wintour, or Posh Spice, or Sarah Palin: sometimes the man behind the curtain is a woman. I'm not of the school of feminist thought that holds that you never ever point fingers at your own side - because I don't believe in 'sides'. I don't think this is about 'sides' anymore, if it ever truly was. Unfortunately, the notion of 'sides' persists, and is incredibly destructive. The belief by both men and women that activists of the opposite gender hate them, personally and indiscriminately, is a major stumbling block for progress.

So how are we to cut this Gordian knot of pointless conflict? Very simply. For a start, feminists of all stripes need to look carefully at our rhetoric whenever we fall into the trap of blaming *men* - as if *men* were an amorphous block of faceless privilege, rather than one whole half of the human race - for our problems. That doesn't mean that we need to stop calling out male privilege wherever we find it - but it does mean that as liberals we have to entertain the notion that what we're fighting might not be people, but ideas, which are much harder to crush.

Secondly, and even more crucially: men, you need to get over yourselves and stop being so damn paranoid about feminist ideas. It. Is. Not. About. You. Men need to stop interpreting every mutter of the word 'misogyny' as a personal attack: it isn't, not even for those feminists who DO see men as oppressors. We seem, for the most part, to be able to grasp the fact that the gay rights movements is not a direct attack on all straightpeople, and that anti-racist sentiment does not constitute an assault on whitey. Why, then, is it so hard for us to stand together as men and women against the forces of recalcitrance and bigotry?

It might come as a shock to some of you, but most feminists do not spend their time plotting ways to undermine men. Actually, most feminists care far less about men than men would like to imagine. What we want, as feminists, is freedom from the constraints of gender, and if you're a man, there's a good chance that that's not about you at all. We need to stop looking for that man behind the curtain - all of us - and get on with the real work of opposing gender tyranny, the real work of personal and social gender liberation. Are we clear? Good.
Posted by Penny Red at 30.5.09