Murder is murder, whatever the victim's faith. 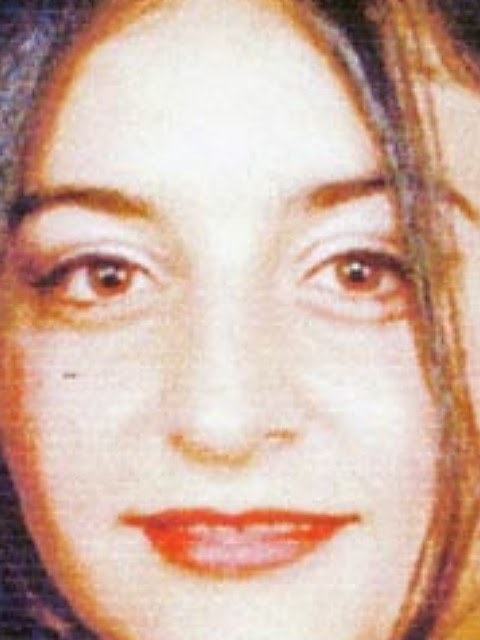 Today Mehmet Goren was finally found guilty of the murder of Tulay Goren, his 15-year-old daughter (pictured), in 1999. The reportage on the verdict has followed the pattern laid down in this and countless other trials: Tulay Goren became 'Honour Death Girl', because at the time of her disappearance she was in a sexual relationship with an older man who adhered to a different branch of the Muslim faith, and headlines exoticising her father's brutal crime as an 'Honour Killing' are smeared like semiotic whitewash all over the British press.

The term 'honour killing' is sexist, xenophobic and crashingly unhelpful to everyone working to end domestic violence against women everywhere. The newspapers are fascinated by honour killing in British-Asian cultures, as if excuses for violence against women sanctioned by religious and social mores were something entirely alien, something we've not seen in Britain for centuries, if at all.

Well, tell that to lawyers defending Trevor Ferguson, who last month defended a charge of murder on the grounds of 'provocation and diminished responsibility' - because his victim, Karen McGraw, 50, had ended their sexual relationship. Ferguson's response was to stab Ms McGraw to death - just the latest example of a white British 'honour killing', although the lonely death of Karen McGraw was no more 'honourable' than the death of Tulay Goren. Ferguson was one of hundreds of murderers and rapists in the past century alone who have claimed that a partner's sluttish or sexually provoking behaviour meant that they were justified in resorting to violence.

The defence of provocation to murder, colloquially known as the 'cuckold's defence', has been enshrined in British law for centuries. It was used right up until November this year in order to allow men who kill their partners out of anger following adultery or sexual strife to claim reduced responsibility. The law is now being repealed after a long legal battle, mainly by women's groups, and will be replaced by several amendments to the current sentencing guidelines on murder, allowing some leniency for men and women who kill their partners out of fear of violence or domestic abuse in order to make it easier for judges who have up until now been constrained by this frantic double-standard in handing out sentences.

That's right. Until just a few weeks ago, Britain was a country in which stabbing your girlfriend for having an affair was technically manslaughter, but killing your abuser and persecutor was definitely murder. How can we talk with honesty about the problem of 'honour killing' in Islamic cultures when up and down the country, week after bloody week, men from every background have been murdering women out of pride and jealousy and getting off lightly? How can members of the English Defence League and other anti-Islamic organisations talk about 'protecting women and children' from Islam when an estimated 12% of young girls and 8% of young boys experience sexual abuse as children, 86% of these within their own homes,at the hands of a family member or acquaintance?

The press's little fetish about violence and abuse of women in non-white families, particularly in Islamic families, is not a matter of cultural sensitivity. Bollocks to cultural sensitivity: this is about hypocrisy, and violence, and protecting women's rights. Exoticising murder in Asian families as 'honour killing' is a way of distancing everyone else from the urgent problem of domestic violence against women, children and a small proportion of men. It also serves to portray Asian men as unusually violent, or uniquely misogynist; in fact, Muslim men do not have a monopoly on violence, misogyny and murder.

Social, sexual and religious excuses for violence against women have been deployed for centuries, in every single patriarchal culture. There is nothing 'exotic' or 'honourable' about femicides that occur within Asian families: murdering and abusing women because of their sexual behaviour is not an only entirely normal occurance, it merited special defence in law just a few short weeks ago. If there ever comes a day when only Asian women, boys and girls are being murdered, raped and abused by their families, then come back and talk to me about 'Islamification' and the unique problem of 'Honour Killing'. Until then, for women as well as men, black and asian people as well as white people, murder is murder is murder.
Posted by Penny Red at 17.12.09