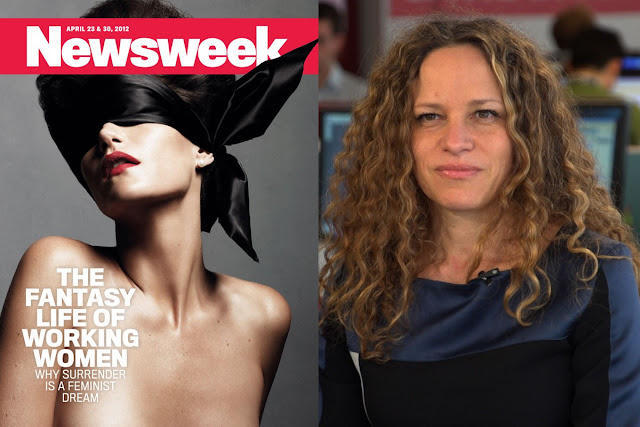 (Image via The Daily Beast)


Things that Jean-Jacques Rousseau really liked included: the philosophy of universal liberty, and having young ladies spank him into a frenzy. In "The Confessions", he wrote: “To fall at the feet of an imperious mistress, obey her mandates, or implore pardon, were for me the most exquisite enjoyments, and the more my blood was inflamed by the efforts of a lively imagination the more I acquired the appearance of a whining lover.”

Like a great many wealthy, important men throughout history, Rousseau was a humiliation slut. He loved to have women boss him around in bed. He was also a flasher, and liked to moon unsuspecting ladies in the street and then prostrate himself for punishment. Nobody has ever suggested that this meant that the great enlightement philosopher secretly wished men didn’t run the world. In fact, Rousseau had some very specific things to say about women’s place in the social order. “Woman was specifically made to please man," he wrote in "Emile." "If man ought to please her in turn, the necessity is less direct. His merit lies in his power...If woman is made to please and to be subjugated to man, she ought to make herself pleasing to him rather than to provoke him."

Kink has been part of the sexual menu for so long that it’s hard to pretend anyone is shocked anymore when it turns up on the table. The practice of male masochism, for example, has become almost idiomatic when one is discussing Wall Street workers, or the British aristocracy - despite Rousseau and De Sade, the French still refer to sadomasochism as ‘La Vice Anglais.’

At no point, however, has anyone implied that men who want to be sexually dominated by women also want to be dominated by them socially and economically. Quite the opposite, if the long history of powerful men paying poor women to beat them up in backrooms is anything to go by. Apparently, though, a few smutty books about naughty professors wielding handcuffs are meant to prove that modern 'working women' (sic.) aren’t really as into all this liberation schtick as we make out.

In a cover story for Newsweek, noted rape apologist Katie Roiphe argues that the recent success of pop-porn bestseller ‘Fifty Shades of Grey’ proves that even feminists secretly want to be shagged into submission by great, big, whip-wielding brutes. Not just in spite of our feminism, but because of our feminism. Roiphe argues that modern "working women" - I'm sorry, was there ever a time when women actually did no work? - find “the pressure of economic participation... all that strength and independence and desire and going out into the world”...”exhausting.” Roiphe goes on to theorise, based on precisely one film, one tv show and one novel, that “for some, the more theatrical fantasies of sexual surrender offer a release, a vacation, an escape from the dreariness and hard work of equality.”

I’m not going to waste my time being mean to Roiphe, the unfortunate straw-lady who was encouraged to write this woeful piece of drivel. Suffice it to say that her piece says a lot more about the sadomasochistic relationship between female freelancers and their editors than it does about any other so-called ‘trend’. The article seems crafted to do one thing well, which is to make a lot of people angry, which, hella, it has: having supper with a dear friend and her girlfriend last night, I showed her the article on my phone, and was genuinely frightened for the device after she slammed it down and muttered, simply, "fuck you". But just because a piece of bait is obvious doesn’t mean it’s not worth a nibble. So let’s have a conversation - a real conversation - about what women want, and what that means.

The first thing to note is that sexual submission is is the acceptable face of female perversion: pliable, obedient and all about pleasing your man. Most of the available submissive fantasies that Roiphe and others have cited as part of a ‘trend’ insist on their protagonists’ initial unwillingness to be tied to enormous beds and rogered by wealthy professionals. In "Fifty Shades of Grey", the protagonist only acquiesces to the kink because she wants to please her dominant lover. In "The Story of O" - which, although hardly part of a ‘trend,’ having being written in the fifties, is still one of the only dirty books written for women that you can buy in respectable shops - ‘O’ agrees to be whipped and fucked by rich anonymous strangers to please her partner, Renee. These women may learn to love being spanked, but they certainly don’t seek it out: they are passive, rather than just submissive.

In a culture where women who express sexual agency are punished, humiliated and threatened with real rather than ritualised violence, that sort of fantasy is entirely comprehensible. What is more significant is that submission - alongside, from time to time, sex work - is the only kind of female sexual ‘unorthodoxy’ that is currently deemed worthy of discussion - unorthodoxy trussed up tight by the bondage tape of patriarchal expectations. Unorthodoxy that happens to involve fantasies of being dominated by men. Unorthodoxy practiced exclusively, if we go by the ‘examples’ Roiphe’s investigation turns up, by women who are young, and white, and straight, and middle-class, and, most importantly, fucking fictional.

INCIDENTALLY - why is it that young, white, straight, middle-class, fictional women are  the only type of women that routinely interest the trendmaking mainstream press? And why is it that women are not permitted to be creative without having to speak for the entire condition of womankind? The most exhaustively discussed new cultural artefacts in recent weeks - 'Fifty Shades of Grey' and Lena Dunham's new HBO show 'Girls' - are being treated as if they were straight memoirs, rather than, in one case, a piece of redrafted fan-fiction based around a story that was originally about vampires? Is it because we don't believe that a woman can truly create fiction or write meaningfully without drawing entirely on her own experience? Is it because mainstream culture still lacks a language to talk about women's issues and women's lives that is not at once confessional and riddled with lazy stereotypes? Is it because most 'fictional' women are still created, cast and directed by men? Is it because we don't believe women can actually be artists? DISCUSS.

Anyway. Fantasies about pretty young white women being controlled, hurt and dominated by men have always been the the part of kink that nobody ever really had a problem with. During the crackdowns on the fetish and kink communities in the 1980s and early 1990s, submissive heterosexual women and their play partners were rarely targeted for prosecution. Today, when you think of ‘fetish’, many people think of Jean Paul Gaultier models strutting the runway in elegant leathers, and arty snaps of willowy girls doing Japanese rope bondage in low-lit loft apartments . You might not be quite so quick to picture middle-aged gay couples in matching latex, or enormous, hairy men called Nigel waddling around fetish clubs with joysticks up their bottoms and big grins on their faces, but kink has always been as much about them as it has been about the beautiful young girls, breakable or pretending to break others, who tend anyway to have less disposable income to spend on rubber.

Here are some non-standard sexual trends that editors at Newsweek, Glamour and Cosmopolitan are less keen to make headlines out of: poor women fucking. Black women fucking. Queer women fucking. Old women fucking. Fat women fucking, ugly women fucking, bossy, arrogant women fucking. Women who are dominant in bed. Women who like to penetrate men with big pink strap-ons. Women who want multiple sexual partners at once or in succession. Women who just want to go to bed early with a cup of tea, an Anna Span DVD and a spiked dildo the size of an eggplant. Here are some more: sex workers who want to be treated like workers, rather than social pariahs. men who want to get fucked. Men who are gentle and submissive in bed. Men who don’t enjoy penetrative sex. Men for whom sex is an overwhelming emotional experience. I guarantee you that all of these things go on, but any of them might actually destabilise for a second our cultural narrative of sex, gender and power, so none of them are allowed to be ‘trends’.

Female sexual submission has never really been shocking. Right now, we are in the middle of a sexual counter-revolution. The backlash is on against even the limited amount of erotic freedom women have won over fifty years of hard campaigning: abortion and birth control are under attack, sexual health clinics are kitted out with bomb detectors and staffed by doctors who come to work wearing bullet-proof vests, and a fully-grown woman is denounced as a slut and a whore by male commentators across America by suggesting as part of a congressional hearing that yes, she may once or twice have had intercourse for pleasure rather than procreation. And until very recently, Rick Santorum, a man who considers contraceptives morally wrong, was a semi-serious contender for leader of the free world.

Female sexual autonomy itself is what’s really unorthodox today. Agency and self-determination, the right to own our own desire - those are the kind of forbidden fantasies women across the world still pant over in private, unable to pronounce for fear of being slut-shamed. As Rousseau might put it : “Whether the woman shares the man's desires or not, whether or not she is willing to satisfy them...the appearance of correct behavior must be among women's duties.”
Posted by Penny Red at 22.4.12