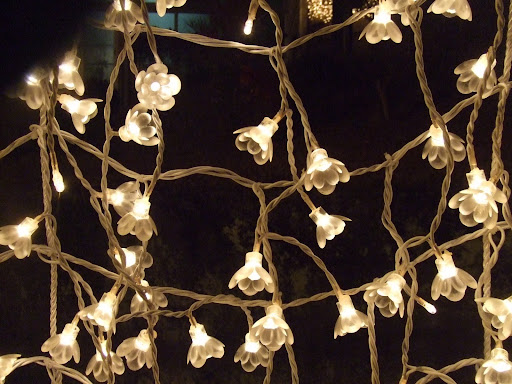 Last night: the first meeting of what, after a little bit of squabbling, has been titled the LeftNewMedia forum. In attendance: some techie types, several folks who have the esteem of being Famous On The Internet, John MacDonnell MP, who is famous in real life, and my rather bewildered housemate, who actually has a life. StroppyBird was there, as was Dave Osler, a representative of thoughcowardsflinch, and several other quasi-hacks with a laptop, time on their hands and a sense of public justice. The topic under discussion: how do we use the netroots to achieve objectives within the British Left?

The Obama campaign, it was proposed, has put the British Left to shame in terms of its use of the internet to harness liberal energy. And at first that seems to be incontestibly the case. The way that the campaign tapped into local energy, targeted resources and raised a rustling shitload of cash for the cause can only be seen as an unprecedented triumph for the international Left as it adjusts to the new technological order. For more technical details of just how this was done, go read Crashing The Gate, visit the MoveOn site, and be inspired.

This meeting, convened by John MacDonnell's babyfaced flunky Owen Jones, took the Obama campaign as its yardstick and key ideal. Our objective was no less than to use the internet to unite the progressive left.

Have you met the progressive left? Its representatives at the initial meeting took ten solid minutes of recrimination just to decide when and where we were meeting next. The British left are good at many things, but we can't find absolute ideological common ground with both hands and a torch. Just look at the abortion rights movement: indubitably a progressive campaign, and also ostensibly a single-issue campaign, but put two pro-choice activists in a room and I guarantee you'll find points of contention as well as articles of common ground. You will never get the British progressive left to agree. Let me repeat that: there is not, now, and never will be any such thing as a British progressive left consensus. And nor should there be.

The semiotic nature of the left is very different from that of the right. By definition, we are about a multiplicity of ideals and platforms. We can think in subtle and progressive tones, we can consider different causes and outcomes simultaneously, we are contentious, and we are clever. And that's why the world wide websphere is a natural home for our efforts:

Look again at the abortion rights movement. A myriad of different positions, one for every activist and thinker and ally involved, but let an *objective* come up upon which we can roughly agree - stopping Mad Nads' initiative to lower the time limit, for example - and look how we mobilise. The hundreds-strong protest outside parliament when the Bill hit the table in May, and the energy that accompanied it, was garnered online; thousands of internet activists wrote to their MPs using E-letters, we blogged, we talked, we organised. All we needed - all the left ever need - was a practical objective. And look at us mobilise.

And that's what the Obama campaign had. It had a very practical, comprehensible and time-specific goal: to get Barack Hussein Obama elected president on the 4th of November this year.

Now look, in a different way, at the trans-allied protest outside the Stonewall awards this month. That protest, the largest trans demo in UK history, was organised entirely online. The internet allows minority groups, like transpeople and their allies, to find each other, to share ideas and to raise debate. The point of the Global Village isn't to create one big ideological blanket for everyone to scurry under (a Global Longhouse, if you will) - the point is to let a thousand flowers bloom. To allow a multiplicity of tiny groups to coagulate and enable them to link up and unite behing causes when they need to.

At the meeting there was much talk of how the BNP website is the most-visited party political website in the country. With predictable disgust at the message, the medium of the BNP's online avatar was praised for its comprehensiveness, its soundbites, its clarity of message, its simplicity. Can we make left-leaning sites as effective in the same way?

No, we bloody well can't. The reason that the BNP website is simple is because the BNP is a simple idea. They're not about taking a considered ideological position. They have a few soundbites, and that's it - their soundbites are forcible because soundbites are all they have. Their message and objectives - hating immigrants, being proud to be British, feeling angry at the Damn Liberals - are fairly clear-cut, and either you swallow them or you don't. The BNP have been successful at organising online, but we do not want to emulate the BNP's online scheme, and even if we did there's no way we could apply it to the British left. We are better than that. We are cleverer than that. We can think in shades of grey. The strength of the right is that its message is simplistic and requires little actual thought. The strength of the left is that ours isn't. Our strength is in our numbers and our diversity.

And that is why the internet might have designed as a special playground just for us. All we need to do is abandon the notion of creating any kind of 'consensus'. Why the hell do we need consensus? We're the British left. We're never going to agree. You may as well go herding cats. When we have practical objectives to organise and gather behind - keeping out the Tories, fighting the far right, holding our own parties to account, supporting or opposing government bills, setting up community projects, organising protests - we are formidable, and we are very, very fast. And this week, we proved it.

The instant that the BNP membership list got out online this week, there was no stopping the anti-fascist hacktivists. Whine and stamp though Griffin might, within minutes the list was all over the world in millions of inboxes. Within hours Wikileaks had it, and some clever techies in their bedrooms had set up a tool to search the list by name and postcode and another tool mashing the list with GoogleMaps.

Without the online left, that list would never have become news, would never have reopened the debate around the far right in this country. We are powerful. We have at our disposal a great deal of talented people: techies, geeks, bedroom pyjama nerds, writers, bloggers, graphic designers, political canvassers and campaigners, directors, humorists. Obama's campaign remains an inspiration, but we're not doing too badly over here, and we'll only do better as the stakes are raised and we learn to own our syncretic differences. The future of radical politics is a geek in zir bedroom with a cup of coffee, a pile of manifestos and and internet connection.

LeftNewMedia aims to build a dynamic coalition of left-wing techies, computer geeks, writers, internet users, bloggers, activists and other interested parties with the aim of forging specific online campaigns. I encourage you all to come to the next meeting, at which we will set down details of our first campaign, and which will be in Central London on the 15th of December at 8pm, further details TBA. For those who can't make it, I'll be writing it up here.
Posted by Penny Red at 26.11.08