More on those stupid white men. 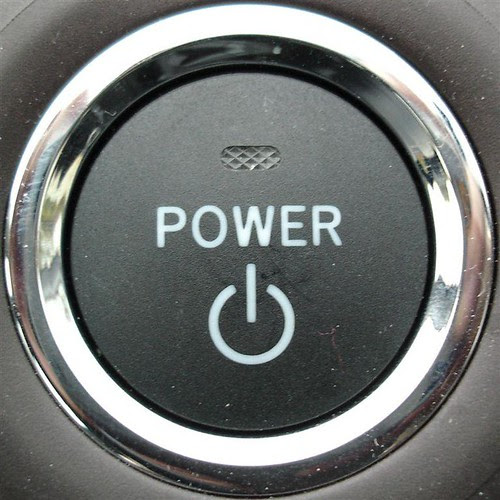 Dear white, straight guys: it’s not about you.
No, really, listen up. I have been stunned this week by the cybersquall that has erupted over Rowenna Davis’ Guardian article, entitled – although not by her – ‘Stupid White Heterosexual Male’. The article was well written, reasonable, and managed to make points about equality without getting personal, which is unsurprising, as Rowenna Davis is at the tender age of 24 one of the finest and most ethical journalists I’ve ever had the privilege to meet. But the piece got almost as many negative comments as Charlie Brooker’s denouncement of the BNP in the same paper got supportive ones – all because Davis had the temerity to suggest that perhaps white, heterosexual males might not actually need their own anti-discrimination officer at Oxford University of all places (45% private school students, almost entirely white and with a tenacious male bias in finals marks), especially not when Andrew Lowe’s policies included ‘to replace St Anne's college crèche with a finishing school, ban women from the library and save money by getting female students to serve food in halls instead of kitchen staff.’

So, does the suggestion that white, heterosexual males might still be enjoying unfair advantages in today’s society gives you the strange sensation that a tight knot of anger is squeezing your normally normal-sized brain into a smaller, gassier space? Does the idea that white males might be a minority panic you, and the notion that they might still be an advantaged minority panic you even more? Do you worry that you’ll be the victim of ‘reverse discrimination’ at work, at school or in any other arena of power?

Then I have a message for you: your privilege is showing.

Take it from a lilywhite daughter of the Sussex middle classes: it is a great horror to discover that you yourself are part of the overclass and yet to feel that you are not enjoying any special privileges because of it. The nature of privilege, of course, is that it is taken for granted: whoever you are, whatever race, class, gender, you, like me, do not notice your own privilege 99% of the time you spend enjoying it. But actually yes, it does hurt. It hurts, in this culture, to feel powerless, and with the current cornucopia of crises most of us are feeling pretty powerless right now; it hurts even more to be powerless and at the same time be told that you are lucky, yes, LUCKY, to have the privilege of being white, male, straight, able-bodied and/or middle class. What’s felt but too often unsaid is: how can you call white males be privileged when we don’t feel very privileged?

To which the only decent answer is: did you expect to?

There is a difference between being privileged and being powerful. That, in fact, is why we have two different words for the concepts. Not everyone who is privileged is powerful, and certainly not everyone who is powerful is in every way privileged - look at the most powerful family in the world, who can’t even take their dog for a walk in the garden without an op-ed in the New York Times. Just because privilege is often a precursor to power does not mean that ALL privilege engenders power. This is where the politics of white male resentment begin: with white men complaining that they feel underprivileged, like a marginalised group, when what they actually mean is that they feel powerless.

Well, guess what. So do I. So does your Asian-British neighbor. Most of us feel pretty damn powerless. Things are bad. There’s a recession, kids are killing each other in the streets, nobody’s certain of having enough money to put food on the table tomorrow. It may surprise you to know that the rest of us aren’t sitting here imagining that white heterosexual males are living in some kind of utopia. We know you aren’t. We’ve met you. It may also surprise you to know that we don’t want to strip this mythical dominion from you and leave you naked: we just want to be where you are, with the same opportunities, the same freedom from fear, the same right to be judged as a person and not a demographic, however limited those freedoms, opportunities and rights currently are. Make sense?

You may feel powerless, but equality agitators aren’t the reason for your lack of power. We aren’t the problem here. We took nothing from you – well, actually, we took one thing, and one thing only, and we're still in the process of taking it: the right of people who are white, or male, or rich, or straight, in any combination, to gain preferment over and to expect to enjoy a better and safer life than people who are not. And yes, the fact that we stepped up and demanded that right back slightly decreases the average white man's chance at a top job, decreases the average white man’s automatic right to status and power and respect, if suddenly he is competing against not only his own race, class and gender but all the others as well in a capitalist world where status and respect are finite. In short, we’ve taken nothing you actually needed.

Now, you may think that you NEEDED those things, those free passes to the top, that unspoken advantage over women and minorities, to get the good things in life. But trust me, you didn’t. I have met a great deal of white men and loved some of them very deeply: white men have the same potential as everyone else to prove themselves without the advantage of unfair selection which currently – still! – is weighted in their favour in almost every sector of work and citizenship. Trust me. You don’t NEED your privilege. Not half as much as we all need a fairer world.

Reducing unfair advantage is not the same as prejudice. Just because something inconveniences you doesn't mean it's about you. Look at the tube strike. For those not in London, most people who are were extremely put out this week by the fact that the underground trains weren’t running, because a significant number of train drivers were striking for better working conditions and to defend the jobs of their fellow workers. But, and this is crucial, the tube strikers this week did not strike because they hate commuters, because they personally and collectively really hate all those jammy non-car-owning bastards who travel on the tube and think it's high time they got their comeuppance. They went on strike to protect the jobs and working conditions of themselves and their fellow workers -and why shouldn't they? (cuntsarestillrunningtheworld has a fantastic in-depth analysis which you should all read). Yes, it's an inconvenience to the rest of us, but it’s temporary, and anything but personal – in fact, in the long run, more drivers on our tubes actually means a faster, safer journey to work for all of us.

And that’s the problem, really. We are so desperate, so very, very desperate to be noticed, to contextualise ourselves at the centre of any story. Actually, what's most frustrating about the tube strike is that it was totally out of our control, manifestly messed things up just a little bit for everyone, and was – to add insult to injury! – almost certainly also the right thing to do.

It hurts. I know, I know it hurts, it hurts to realise that you have privilege and you never even realised it; it hurts to know that you are privileged and to still feel powerless; it hurts even more to realise that there’s no easy minority to turn and blame for all your problems. How do you think it feels, as a lady and a lifelong feminist, to realise that actually the individual blokes in the street and in my kitchen are NOT the source of all my problems, that if they went away I’d still be earning too little to pay my rent? I get it. Really, I get it. But getting it doesn’t mean I can excuse it in myself or in others. Because it’s not enough not to be stupid. Unless we actively and at every turn avoid turning on each other, avoid condemning the struggles of minority groups for equal rights to work and citizenship and quality of life, unless we stop whining that it’s not fair and then actively join that struggle as allies – unless we do that, we become part of the problem.

No, really. You might not think that you personally, sitting behind your computer, reading this rant and getting pissy, are part of the problem -but you are. The people who attacked Rowenna Davis’ on-the-money article with such bile and vitriol are part of the problem, even though many of those are the very same hands-up-harries who were the first to condemn the BNP.

Because there is a heartbeat’s space between the blind stupid rage of otherwise sensible people who felt hard done by reading that article and the creeping influence of right-wing policymakers in parliament. There is a heartbeat’s space between the growing tide of otherwise non-idiotic white male resentment in this country and the breathtakingly idiotic racist, homophobic and misogynistic logic with which we have just sent two far-right representatives to the European Parliament. And if you are not prepared to step up, own your privilege and be part of the solution, then, my darlings, you are going to become part of the problem.
Posted by Penny Red at 13.6.09