You look lovely when you smile... 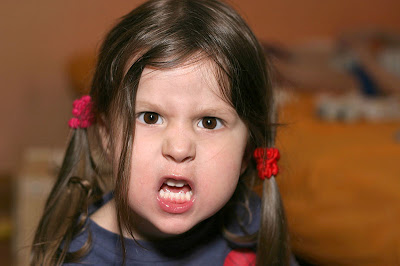 I am so, so crashingly bored and depressed by the endless, endless fucking G20 coverage of the Many Dresses of Michelle Obama and Carla Bruni. Not just because it doesn't matter, but because, in a perverted way, it does: it's a way of saying to the entire world, this is what women are for. They're here to stand behind their men and be well dressed, and quiet, and smile, and look beautiful. It doesn't matter how accomplished Cherie Blair happened to be - she's less stylish than Sarah Brown (or, according to the odious Rowan Pelling, less ladylike), so she is worth less. Compare the coverage of Michelle Obama's fantastic speech to the Elizabeth Garrett Anderson Language College to the coverage of the choice of coat she happened to wear that day. Seriously, just google 'Michelle Obama G20' and have a look at the first 10 hits. For weeks, we've had it rubbed in until it bleeds that even the most politically aware women in the world are there to be scrutinised, first and foremost, on their looks.

For days, I’ve wanted to talk about women, and anger, and the way we present. But I haven’t. I’ve written furtively, in notebooks and when I’m too tired to see the screen, because a great deal of me is frightened that, given everything that’s going on, feminism isn’t important anymore. Women aren’t important anymore – men, and the decisions they make, and the violence they may or may not commit, are important. The death of Ian Tomlinson, possibly at police hands, is important. What Barack Obama thinks today is important.

But every time I try to write about these things in a detatched way, I keep coming back to women’s anger. The proactive rage of the feminist groups who organised the weekend vigil for Tomlinson. The bloodied young women on the frontline of the demos, throwing themselves at the cops in a world which still tells women to sit down and shut up. The middle-aged women marching for the first time in their lives because they don’t want their child benefits cut. The young paramedic who bravely posted about being targeted by police on Wednesday. These are our politics too, and this is our anger too, and we need to be able to own it and express it fully if we are to reshape the world the way we know it needs to be.

There's a problem there, though, isn't there? Women aren't supposed to be angry.

There are lots of things we are supposed to be. We're supposed to be beautiful, and good, and helpful, and selfless, and loving. We're allowed to express devotion, and fear, and exhaustion, and hurt, and love, and even desire, as long as it's desire for cock and lipstick and shiny things, and not contraception, equal pay or social justice.

The world can cope with angry young men, but angry young women are anachronism to a stable society. In film and literature, angry, passionate men are heroes, soldiers, maverick detectives, rebels, leaders, artists; angry, passionate young women are, invariably the villains, and almost always end up destroying themselves or being destroyed, like O-Ren Ishii, like Joss Whedon's Faith, like Catherine Tramell, like every evil queen and wicked witch in every storybook ever written. Angry, accomplished women are frightening, especially if they are powerful. The only way society knows how to cope with angry women is to stereotype them as deranged, ridiculous and, worst of all, ugly - just as it did last month when feminist comrades across London gathered to protest against the Miss Uni 2009 beauty pageant.

David Crepaz-Keay of the Mental Health Foundation told me last week that 'women expressing anger are seen as displaying deviant behaviour - both within and outside the psychiatric arena.' Exploring this theme, Seaneen Molloy of Mentally Interesting, incidentally one of the most inspiring young writers out there, has a fantastic piece this week about the pathology of expressiong emotion - 'It's Alright To Be Angry'.

You need to read that post, and when you've read it, remember that it really wasn't so very long ago that women expressing too much anger, desire or other strength of feeling were imprisoned as lunatics, beaten and tortured in the name of healing and subjected to forcible electroconvulsive treatment. Remember that even now, women are far more likely to be given diagnoses of stigmatised conditions such as Borderline Personality Disorder, conditions in which the sufferer is deemed 'excessively quarrelsome' (DSMV criteria).

I'm often told of my writing, as I have been told my whole life, you're too angry. Why are you so angry? Chill out! Put on some make up on and give us a smile. You look lovely when you smile.

I have now been working in politics and in journalism for just over a year, and it cuts very deep to know that for every editor who's noticed that I can string a sentence together, for every person higher up the chain who has encouraged me, there have been two who have hired me because...because I look lovely when I smile. Because I've got a cute, petite little figure, because I'm curvy but not too curvy, because I'm small and shy, because I've got sparkly eyes and a pretty face. My appearance was the most important thing about me when I was an acne-plastered, train-track-toothed teenager, and it's still the most important thing about me now that I'm easier on the eye, whatever I wear, wherever I go. And don't think for a second that that's me being coy. Given the choice, I'm glad that, whatever I think of my looks, other people find me reasonably pretty, but I'd frankly rather it didn't matter at all. I'm sick of it mattering so fucking much that I'm pretty. This is the reason I periodically do a Britney and shave my head: hey presto! Underneath all these curves, behind this made-up face, I'm actually a person, and I'll still be one when I'm fifty! Who'da thunk?

Another still small voice of rage and reason inspiring me this week is Julia Indelicate, one-half of The Indelicates – a band introduced to me by a squealing fanboy with the words ‘you’ll like her. She’s angry’. Julia wrote ‘Our Daughters Will Never be Free’, a version of which you can hear playing on the link – it’s the best feminist pop song I’ve ever heard, and it drips with sarcasm and bile. This week, Julia writes for Indieoma about how for female musicians, as for so many of us, what we look like is more important than what we do - and how women, too, betray their creative, emotional and intellectual selfhood for a squashed-down image of acceptable femininity:

Talent in women is still for the most part a reference to harmonic and aesthetically appealing vocals and/ or rough edged vocals conjoined in brand with a sexy demeanour, and this is, for the most part, what most successful women in music do: Have a lovely pair of Talents......Men have always fucked women over. But to play the same game: to betray feminism by admitting defeat and retreating into vain variations on the ubiquitous sex and beauty aesthetic is traitorous and despicable. For this reason I find myself wishing I was male. To be able to have as standard a history of writing, to not have to be outside of it, and to not have to be aware of the femaleness of my performance would be an incredible relief.

I think we are often afraid, as women, of our own anger, our own intellect, our own personal and political potential. We are afraid that if we express any of it, we won't be liked and accepted and, unfortunately, we learn to internalise that fear just at the age when being liked and accepted is what we want most in the world.

That fear is founded on fact. What we have learned is both true and self-perpetuating, exemplified by the G20 coverage: the world's most high profile women are portrayed as beautiful and good, rather than intellectual and impassioned; they are judged on their style, not their substance. Young girls grow up knowing that passion, emotion, intellect and politics are not what they are for. They're there to look good and be helpful, to sit down and shut up. And
even if we try to fight it, we know that wherever we're likely to end up we can expect to be judged on our looks, our clothes and how well we play the game long before we open our mouths.

Except when we write.

I write because I'm not ashamed of my anger, because I want to own my anger; I write because I want people to be looking at my words, not at my tits. I write because it's the only thing that I'm good at that involves giving of myself, rather than selling myself. I want the right to be judged on what I say, and on what I feel, and on how decently I behave, rather than how I cute I look and how sweet I am. That might not seem like much for a lot of people reading this, but for women right down the centuries, that power - the power to be yourself in text - has meant the whole world.

I write because when I'm behind a keyboard, it doesn't matter if I'm smiling, or if I've done my hair, or if I'm sitting here wearing a dustbin, covered in shit and eating fistfuls of pilchards from a jar. I write because it's a way of taking power back. So I'm going to echo Julia: maybe I do look lovely when I smile. Maybe Carla Bruni and Michelle Obama are absolutely fabulous in couture coats. But that's not, that's never been the issue. Up and down the country, across the G20 nations, women are angry - and when we own our anger, when we can finally stand up and unashamedly live with and from our rage, when we finally realise that whatever they say, what we do is always more important than what we look like, then the whole world's gonna tremble.
Posted by Penny Red at 6.4.09