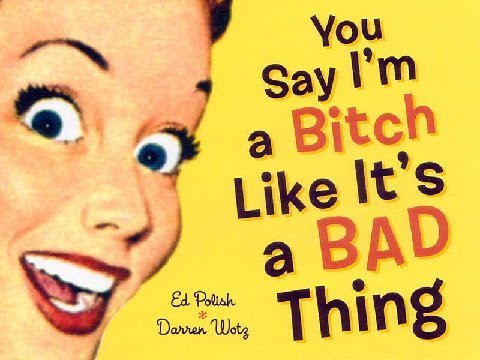 I have been stunned - truly shocked and appalled - at the level of hatred and wilful ignorance I've seen flooding the press and the internet over the past few days. Just look at the response to Amnesty International's campaign to end violence against women. A great deal of the comments, all of them from male avatars, claimed that Amnesty's statistic of 1 in 10 women experiencing rape or other violence was false, and that if it wasn't false it was irrelevant. That statistic is explained fully by Amnesty here, and I for one am happy to support it. But that's not the point. The point is that I've seen almost every debate around women's rights this week being derailed by a discussion of whether or not men have it worse, and whether or not feminism is therefore irrelevant.Jennie Rigg, as she so often does, put it best on LC yesterday:

You want to see a decrease in violence towards men? Why not campaign about it? Why derail every single fucking campaign about violence against women? You do see what I’m getting at, don’t you? I mean, you don’t see Save the Whale protestors derailing anti-seal cull protests, and you don’t see anti-seal-cull protesters at whale hunts shouting “but what about the SEALS??”

How about you support us, and we’ll support you? How about instead of rubbishing this campaign, why not say “great idea girls, and something I can fully support. No woman deserves to be beaten up and raped! Incidentally, I am supporting this other campaign, about male violence, fancy joining in?”

Well, quite. Derailing feminist arguments to complain about the poor menz isn't constructive. The point of all that bitching and moaning clearly isn't to make things better for men - if it were it'd be organised somewhere besides response forms to worthy women's rights articles - but to obstruct feminist campaigns. Instead of pouring on the scorn, instead of trying to play oppression top trumps, why can't men organise themselves and their allies to resist, say, violence against men, which I think we can all acknowledge is a problem? Why can't men organise to campaign for better mental healthcare, since the 18-25 male suicide statistic is so often quoted as an example of institutional misandry? Until I see any of that, I'm afraid I'm just going to keep assuming that men attacking feminists is just...well, it's just men attacking feminists, really.

Sunny quoted me in the Guardian yesterday (the comments to that one are well worth a read), and I'm going to re-state why I believe that men need to stop acting out how threatened they feel by women's rights:

A crucial mistake that continues to be made is the fallacy that acknowledging male gender oppression somehow invalidates the whole concept behind feminism. It does not. However, across the debate sphere for decades the cry 'but men don't have it easy either!' has been taken as a direct attack on feminism – and sometimes it has even been meant as one. Otherwise perfectly intelligent commentators descend into petty fights over whose gender oppression trumps whose, not realising that everyone's gender oppression is equally valid, not understanding that the expression of someone's struggle is not an attack on everyone else's.

The truth is that any oppressed group struggling for equality and for full socio-political representation will meet with resistance from the overculture, and their efforts to organise against injustice and violence will meet with resistance - overt or covert - from that more privileged group. Part of the reason for this is that whilst equality battles are never an attack on the overculture, they always challenge it - they demand that it change its attitudes and its self-perception. That's what International Women's Day still does, by demanding that men and women across the world stop accepting violence against women as a fact of life.